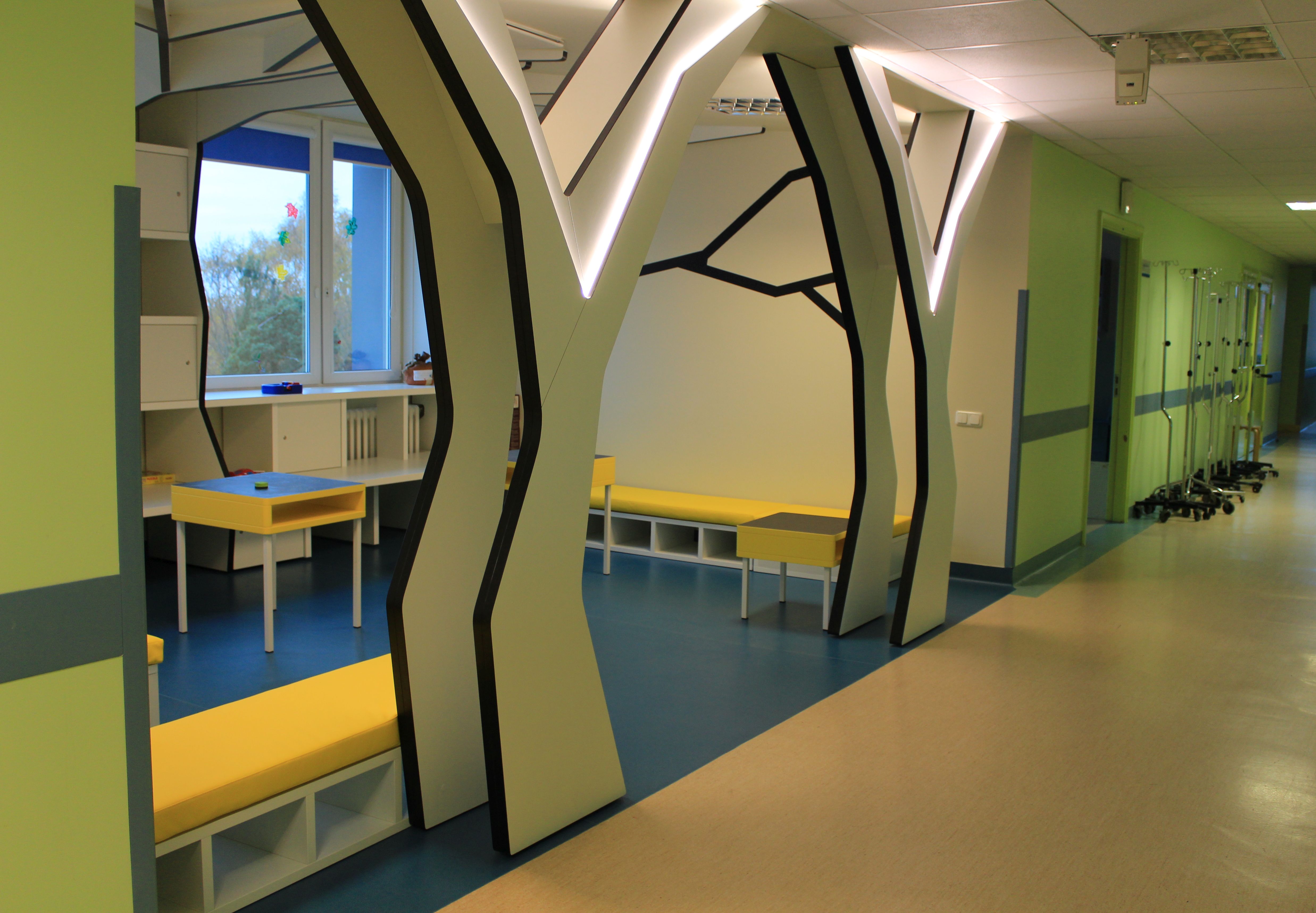 Today, a new playroom was opened inside the Oncology Department at the Children’s Clinical University Hospital. The project was implemented thanks to the initiative of the Baltikums Foundation charity. The new room was designed by the NRJA architectural practice.

Each year, the Children’s Clinical University Hospital treats hundreds of children at its Oncology Department, with 883 patients admitted last year. Children at this department tend to spend longer amounts of time in hospital, which also means that environment plays a significant role in their well-being. Thanks to this initiative by Baltikums Foundation, a new project has been implemented to establish a playroom that will support Oncology Department patients. A playroom of this kind has been created for the first time at the hospital.

After this first accomplishment , one might hope for other entrepreneurs to take up the challenge.

“We believe that ambiance is important. We are happy with how the project came out and grateful for this opportunity to help bring joy to these kids in need of hospital care. This is a call for other businesses to join forces with us and establish playrooms in other departments at the Children’s Hospital,” invites Ingrīda Šmite, member of the board at the charitable Baltikums Foundation.

Liene Dambiņa, Head of the Children’s Hospital Fund, had this to add: “Oncology Department patients are awaiting new spaces and have to stay in relatively cramped surroundings for now. This makes the playroom especially helpful. Children have already praised it, although patients are not the only ones inspired by the playroom – so are their parents. Project designers have managed to elicit this sense of going into a different reality, a feeling of leaving the hospital premises as soon as you cross the threshold. Children who have to stay at this department for a long time are strongly affected by their surroundings, and so are their parents. Warm thanks to everyone who supported and executed the project! The results are truly amazing.”

The new playroom was designed by the NRJA architectural practice led by Uldis Luškevičs and Elīna Lībiete:

“We were glad to take part in creating this playroom. We designed it as a section of a fantastic forest where one can daydream, play, spend some time away from the hospital environment. Children’s joy brings joy to our hearts as well,” architect Uldis Luškevičs comments on the project.

The design was drafted after talking to hospital staff: the project emphasised materials that are easy to maintain; it was also important to leave enough space in the small room to keep toys, and to accommodate several people at a time.

The playroom was outfitted by construction company RBSSkals.